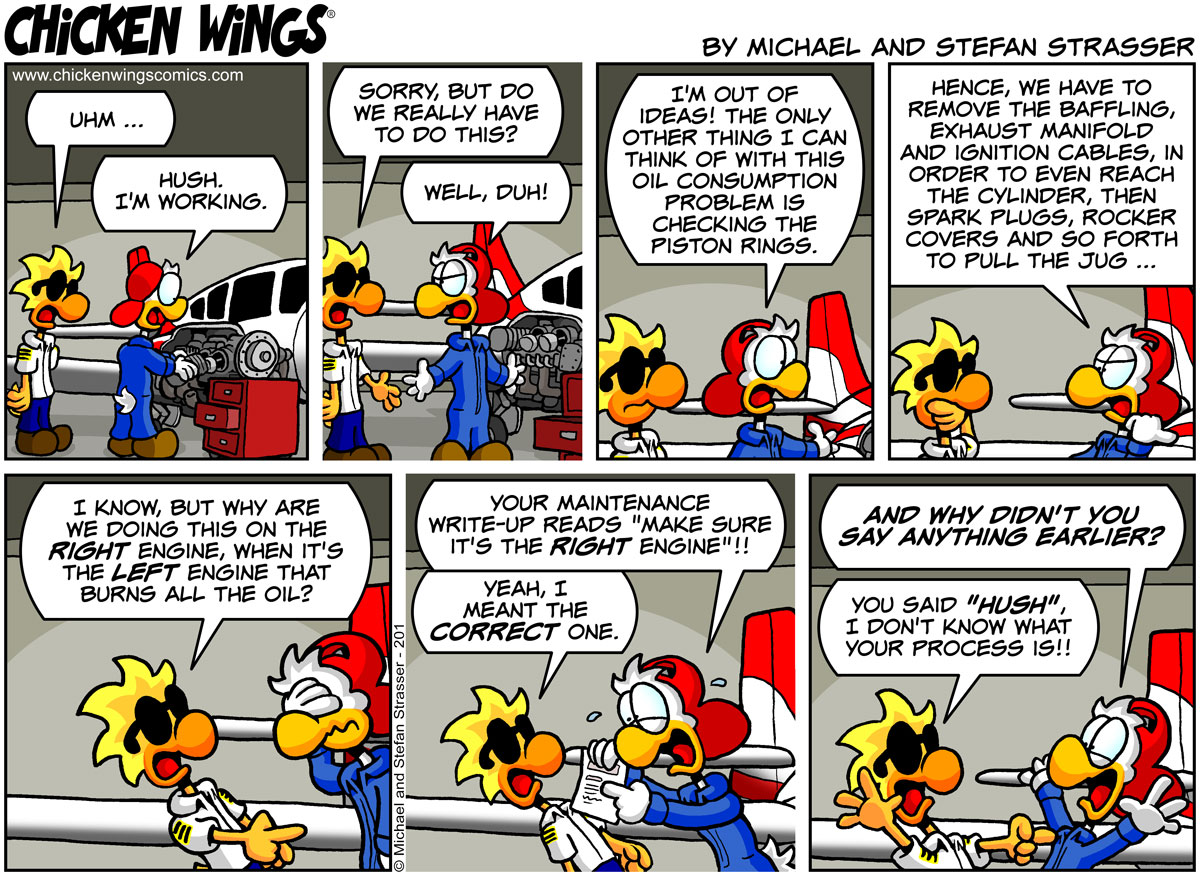 This is the Roost-Air version of “words matter”! It is also the reason why we usually write “R/H” for “right hand” or “Number Two Engine” for the right motor.

Something similar happened to me not too long ago at the end of last year. I had a long flight booked with an airline I couldn’t pick the seat or see the listing. But I knew a friend there. I asked her if she could look into the back if there were any good seats and pick one for me. I meant for her to look into “the backside of the computer program”, the special access where airline people can look at loads and seats. But she understood it as “the back of the plane”. She replied back to me about having found the last seat right in front of the crew rest rows and she was excited to have grabbed one of the last seats that far back. When I read the text, I was like, “Wait! What? That’s right next to the bathroom! Who wants to sit in the back of the plane right next to the bathroom?!” The answer was, “well, you can’t have both, be all the way in the back AND not next to the bathroom!”
I knew at this point that I had messed up big time by not being specific enough in my instructions. And, you guessed it, it was a full flight and there was no way of changing anything by the time I got to the gate to check in. It was another lesson learned.

Having done both now, worked on oil leaks of piston engines, and sat in the back of the plane on a super long flight, I have to say, I much prefer working on the piston engine. Even if I have to do the same work twice like Julio has to do….