Mike has been in aviation his whole life. Starting as a mechanic helper sweeping the hangar floor at the tender age of 15, he has held many jobs in the business including licensed mechanic, commercial pilot, flight instructor and fire pilot. He currently lives in Las Vegas and flies Chinook helicopters for wildland fire suppression.
His passion started when he was still in middle school after he saw an AV-8 Harrier hover in front of the crowd at an airshow. He knew he wanted to be a pilot right then and there. The next day he started his aviation career by buying and building a poorly painted and slightly crooked scale plastic model of the Harrier. Eventually he landed a gig as private pilot of RC planes, destroying many of them and learning more about gluing than aerodynamics quickly. 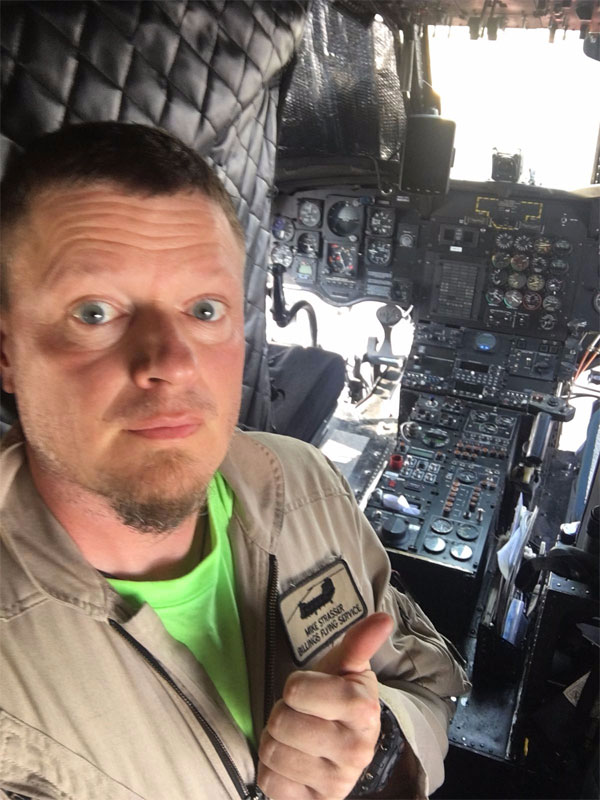 Mike inside his office 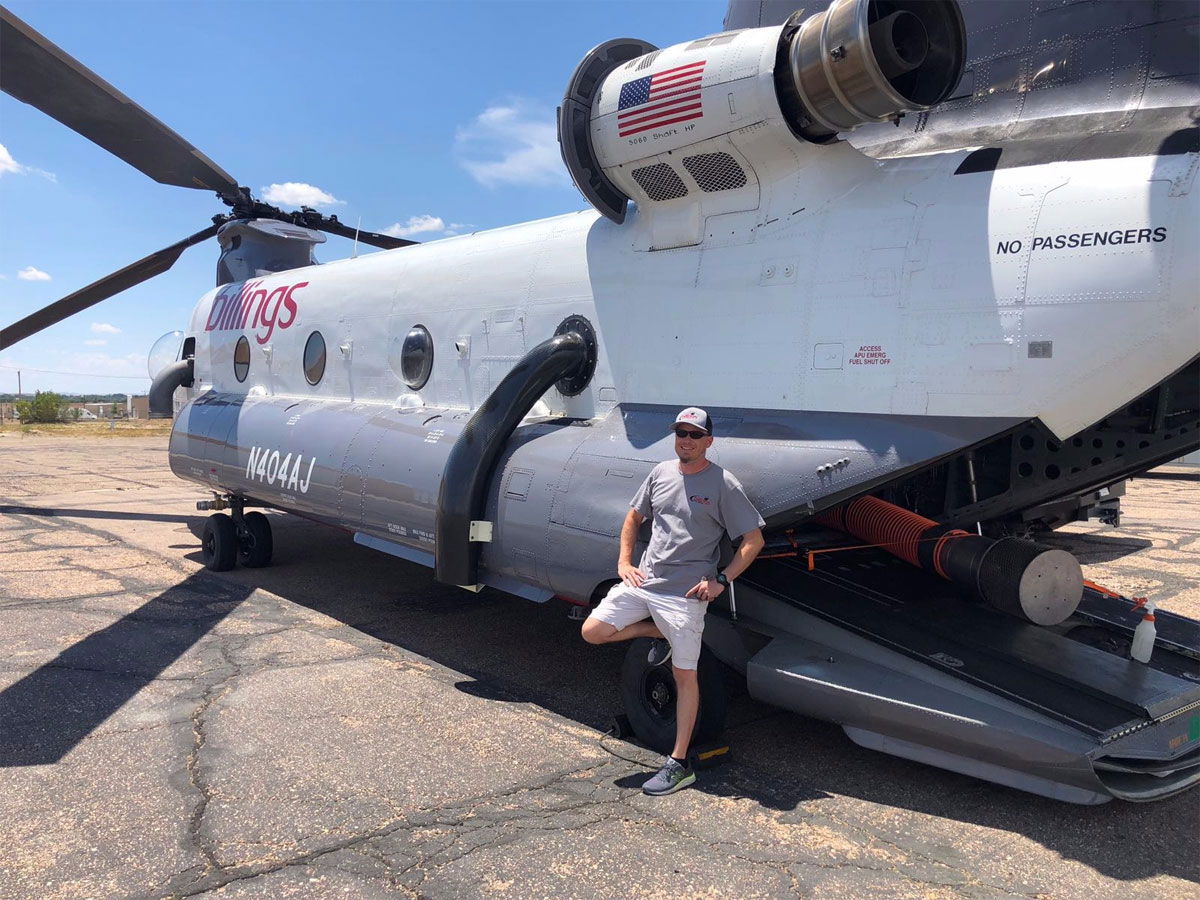 Mike outside of his office

Getting his first job as mechanic helper allowed him access to the local airport where he spent every free minute, fueling, washing, and pushing planes while saving every penny for flight lessons. An extended stay with the military allowed him to make good money to be able to get his ratings and was part of a decision to switch to helicopters after discovering how much more fascinating they are to him. Fast forward, boom, Chinook captain.
You can find out a little more on Mike’s story in this interview he gave at Oshkosh in 2011….

Stefan lives behind a drawing table in Vienna, Austria. With his nose about five inches from the paper and surrounded by hundreds of pens, sheets of paper and empty coffee cups, he would give uninformed onlookers the impression of a man with an obsessive-compulsive disorder of having to draw thousands of little chickens. In a way it’s not too far from the truth, because he makes his living as a comic artist, with Chicken Wings being the most important of his projects.

He never went to art school, but rather got himself something one could call a “descend education” (a masters degree in international trade). 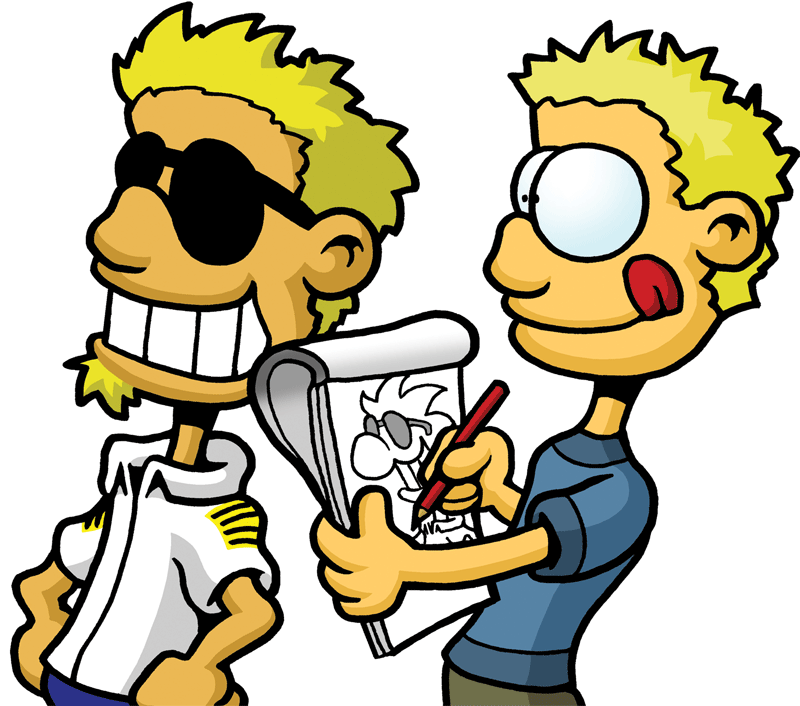 A rare look behind the scenes (artist rendering) 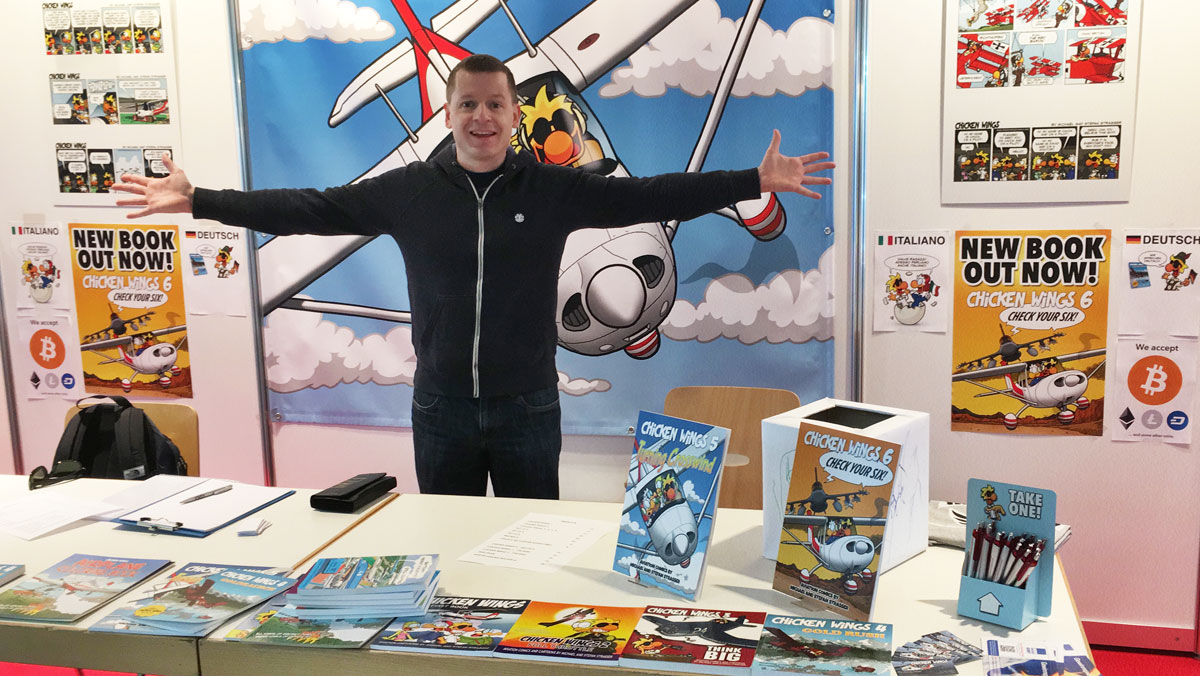 Stefan has warez, if you have coin!

Just like his brother, he has inherited his parents’ “travel bug” and so his studies brought him to Tokyo, Japan, where he spent more than two years in total, ate a lot of Sushi during that time and received several scholarships to study at Keio University and Tokyo University. After deciding the rat race of the big business world wasn’t for him and always wanting to draw and/or make music, he decided to become a freelancing illustrator and designer, lest he would have to find a real job. He’s a father of two young sons.

You can probably tell by these backgrounds that the invention of “Chicken Wings” was only a matter of time….

Here are some links to interviews and articles about us. If you stumble across some writing about us that we seem to be unaware or, please let us know!

Mike was interviewed by the EAA for their Timeless Voices in Aviation series when he visited Oshkosh in 2011.

In this 42 minute interview he talks about how he became a pilot and the origins of Chicken Wings. So, if you want to know more about the background of Chicken Wings and the people who make it or some aviation inside scoop.

On Board interview with Stefan Strasser - Issue 6/2011

On Board is the internal magazine of the workers council at Austrian airlines for which Stef regularly draws cartoons on current issues of company politics. In their 6/2011 issue they interviewed Stef about his work. Read the article here! (German only!)

The folks at fliegerweb.com did an article on us called "Chicken Wings, der Comic für Flieger" (German only!).

Milford and Charlie interview Mike for Flighttime Radio (Sat. January 1st, 2011, Show 155). You can download the mp3 file directly here from us.

Daniel Beauregard interviewed us for the August 2010 issue of AutoPILOT magazine. Check out the online version of the article on their website, or download the PDF version here.

An article by ViA Airport Journal Graz (German only!). Read the Article here!