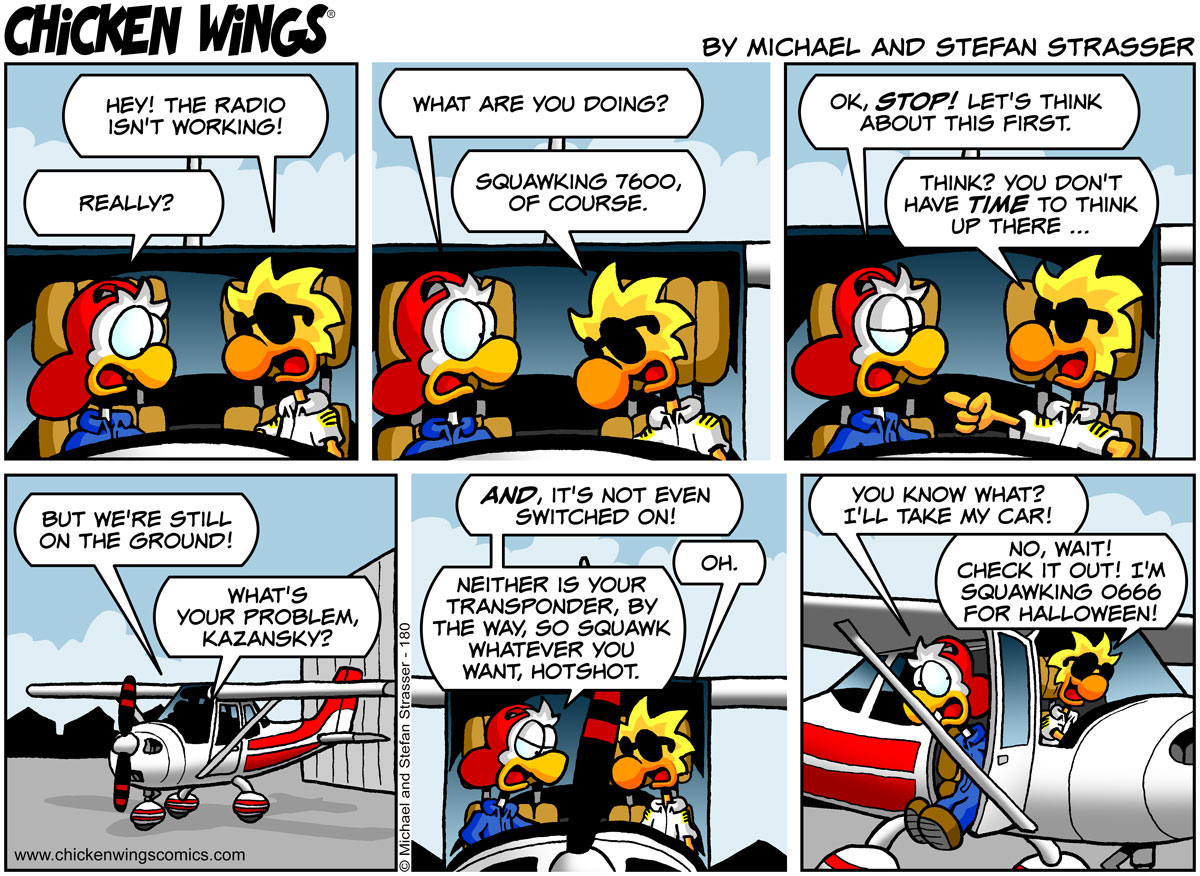 For all our readers that aren’t that well versed in the world of aviation and the related lingo, here’s a quick explanation about transponders:

A transponder is an electronic device that responds with a four digit number to a request by radio. The radar system of the air traffic controller sends out a signal, and the responder answers with the number that it is set on, e.g. “1234”. This helps the air traffic controller (ATC) identify aircraft on their screen. The act of setting a number is called “squawking”. So when the ATC says “Cessna 3BT, squawk 4711”, Chuck must set his responder to that number.

I’m sure there are many other transponder codes that I, as a layman, know nothing about. But I wonder if 0666 is actually being used … maybe on Halloween?

If you’re confused about the fact that Chuck is calling Julio “Kazansky”, you might be very young and haven’t seen Top Gun yet. If that’s the case, have a stern talk with your parents in how they failed in providing you basic cultural education! I can’t believe that that movie is already 35 years old, by the way. Which may explain why I’m rambling on here like an old man! It’s because I already am an old man! Now get off my lawn!

4 comments on “The radio isn’t working”