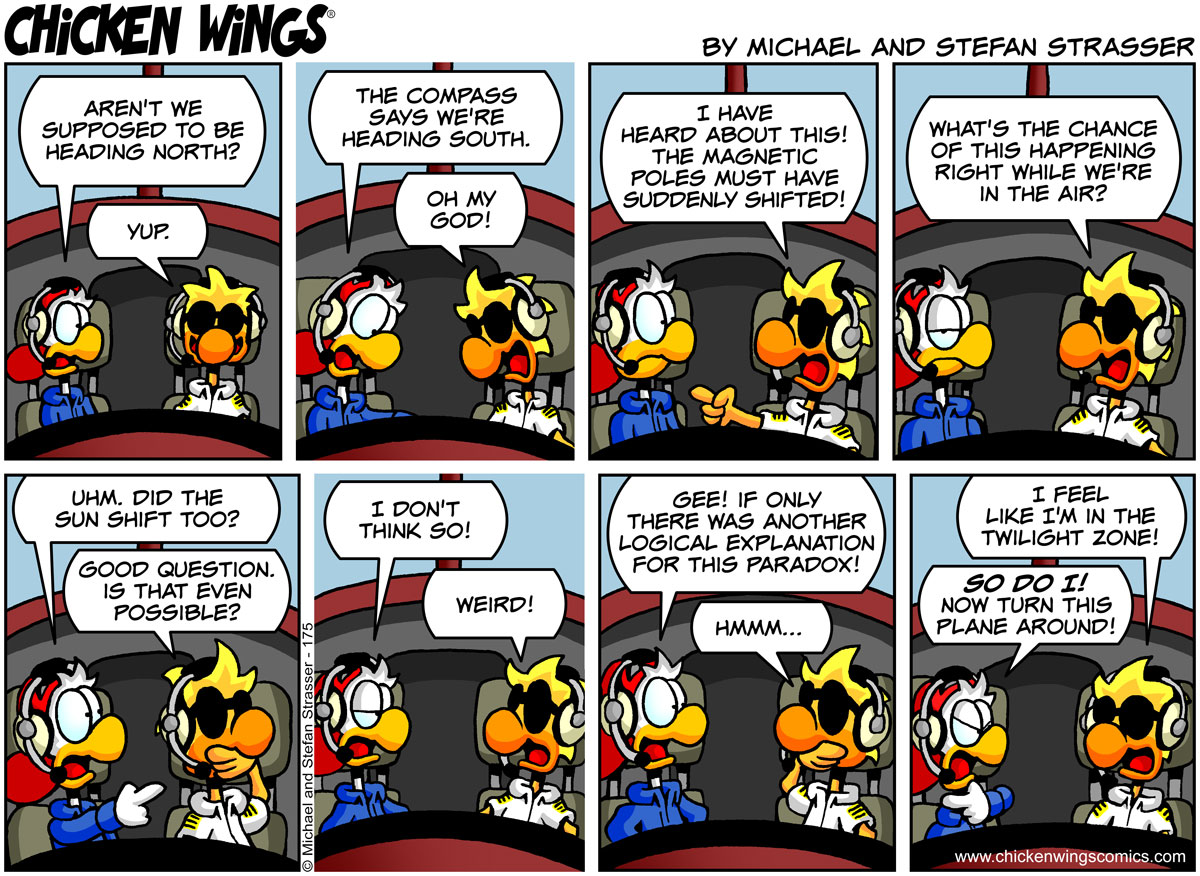 I don’t know how many of you have heard of Ockham’s Razor. “Applying Ockham’s Razor” is a fancy way of saying that the simplest explanation is most likely the correct one. It’s a good way to start any investigation, although it doesn’t mean that the simplest answer necessarily has to be correct. In any case, in this strip, Chuck is a typical counter-example of how it works.

The shifting of magnetic poles is actually one of those scary things, alongside asteroids and solar flares, that I wish we would spend more of mankind’s resources and energy on. In my opinion, we don’t need an alien invasion to unite us all in a common mission. There are real existing threats out there as we speak! But strangely enough, people in general don’t seem to cater to my ideas. Or, to quote the great Jeffrey Lebowski, that’s just, like, my opinion, man.

4 comments on “North vs. South”