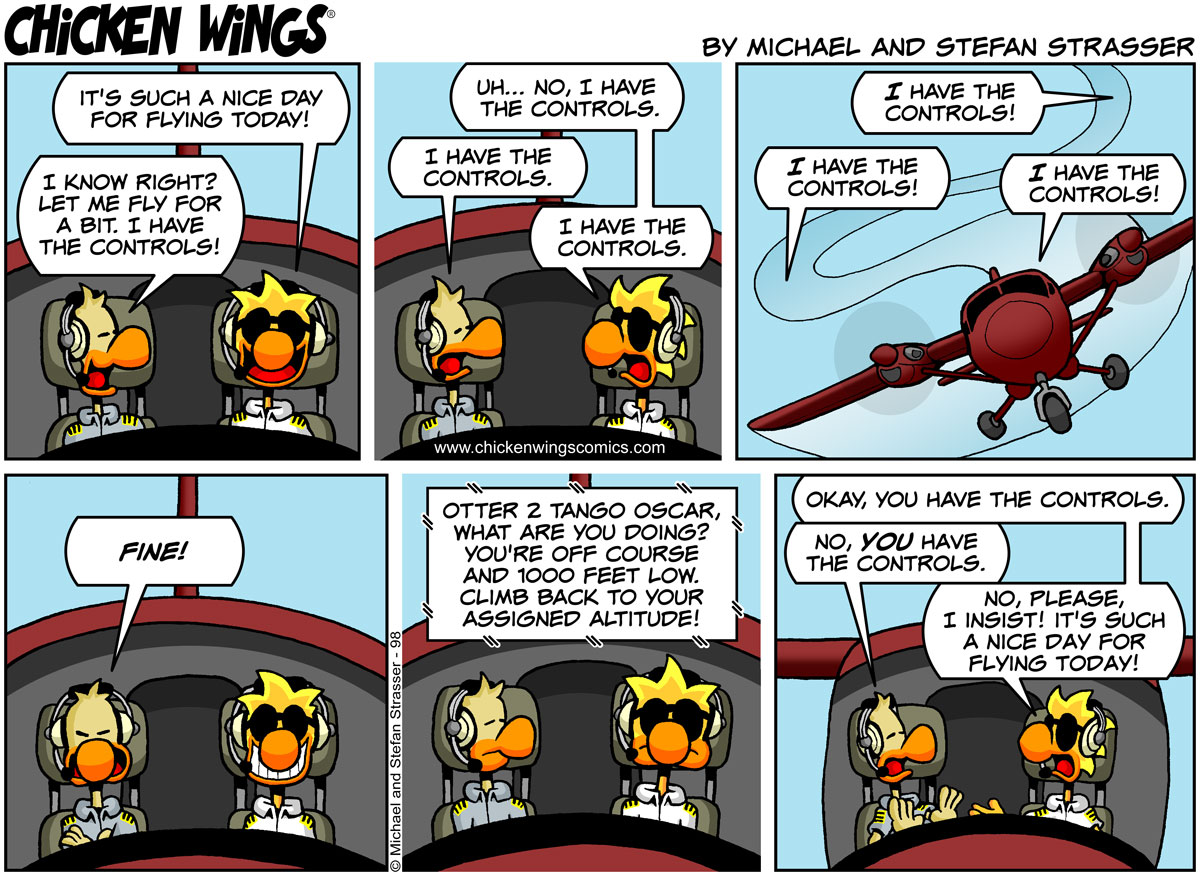 Home › Comic › I have the controls

I have the controls

So I made it back from AERO last week. It was awesome! I really had a blast! Thanks to everyone who stopped by to say hi or to buy a book! There were times where I could barely keep up with signing and chatting. There were lulls too, of course. But as soon as I left my table to get a coffee, go to the toilet or whatever, I could see people approaching my stand from across the room. As soon as I hurried back, they often were gone. So I ended up being pretty much glued to my table and not seeing much of the rest of the show, which was enormous this year.

I hope I can convince my brother to accompany me next year. That way one of us would be able to roam the other exhibition halls a bit.

But I’m not complaining! It was great to be such a popular target and to meet so many old and new fans! As a cartoonist, I spend most of my days behind my drawing table or computer, so it’s a really nice change to get out and about and meet some actual readers and too get told how much people love your artwork all day long. I really appreciate that!

So, if nothing unforeseen happens, I’ll surely be there again next year!

Oh, and last but not least: Is today’s comic strip a metaphor on politics? On the business world? On marriage? Or is it just a couple of goofy chickens in an airplane? You decide!

6 comments on “I have the controls”