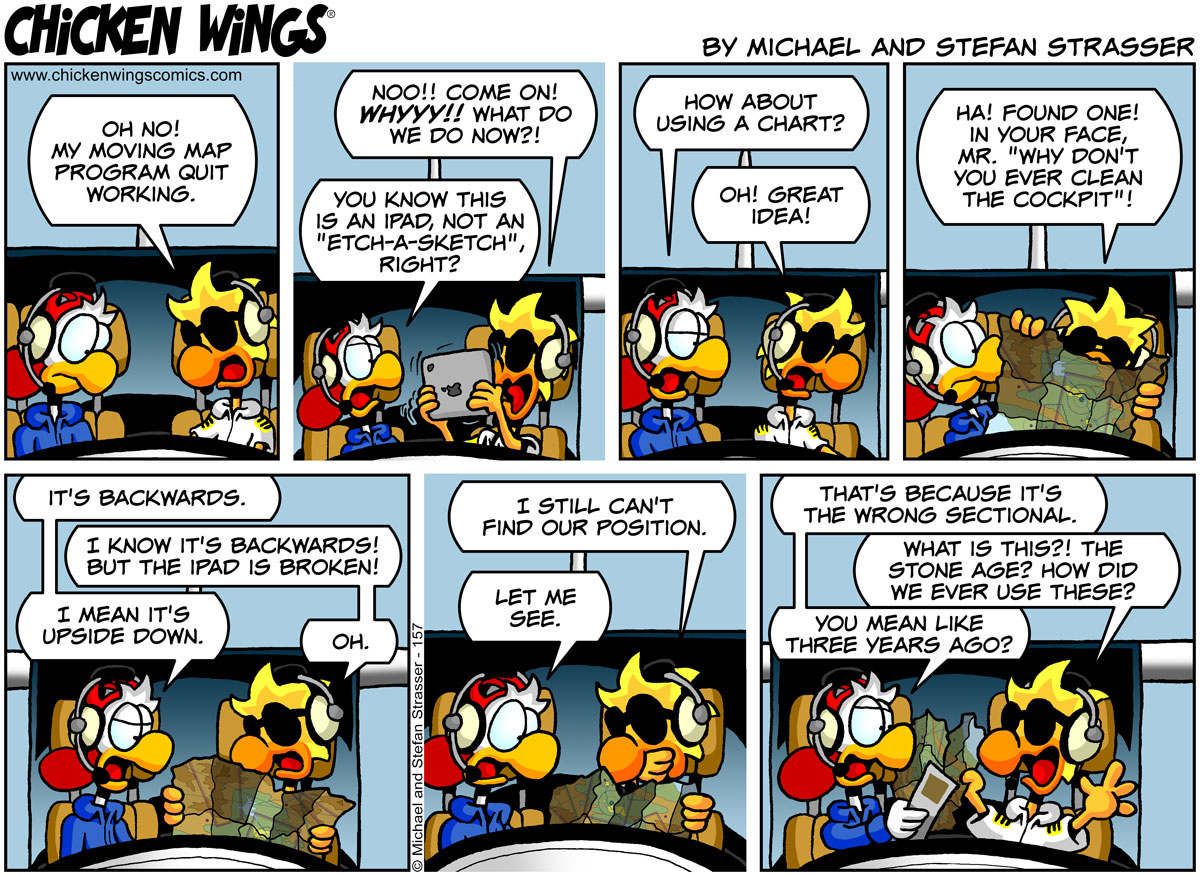 This is exactly the type pf comic strip I would love to see animated. You can make greater comedic pauses and timing and there is just so much going on here. I love Julio’s line when he says “you know that’s not an etch-a-sketch, right?”.
How many times have you seen people shake their phones when something isn’t working? It’s hilarious! And when Chuck says “I know it’s backwards” still has me laughing every time I read this strip!

You can tell by the last line, that this comic is a few years old already. But it is still not all that long since the Foreflight App was released. I believe it was somewhere in 2008. And my current company still hasn’t completely switched to an all-electronic flight bag quite yet. I wonder if you can even still find paper maps nowadays. All the ones I have are like Chuck’s maps, stuffed somewhere in between nooks and crannies, crumpled up, coffee stained, and long forgotten.
Although we still run into heat issues, especially down in Arizona on fires, there just is no going back once you get into Foreflight or whatever the other equivalents are.

How did people ever fly without it? What’s a VOR again? Do I see a shirt idea in there somewhere?