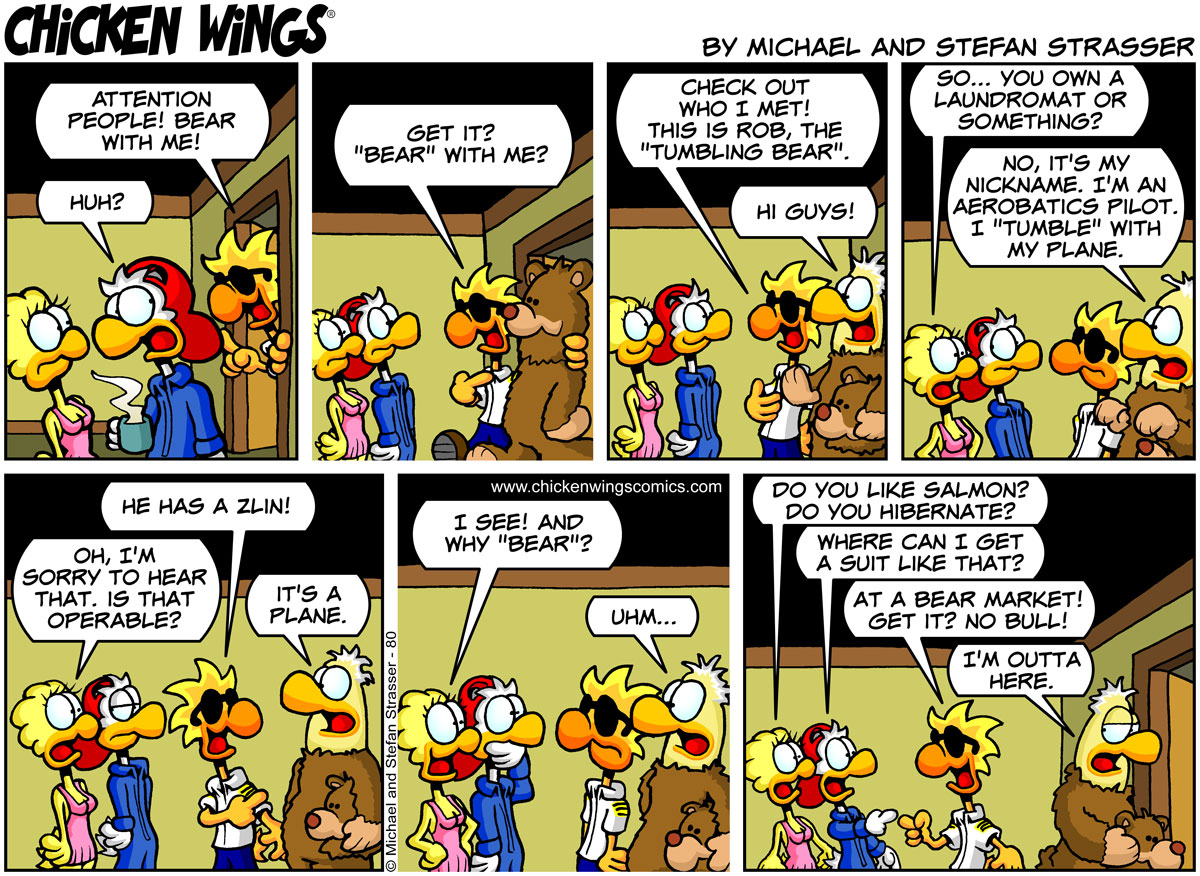 Home › Comic › Bear with me

Wouldn’t that be cool if the “Tumbling Bear” would really fly with a bear suit on? The kids watching him would dig it, HA HA 😉 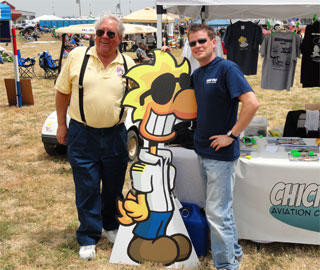 But imagine how hot it would get in that cockpit with all that glass….sheesh.

So this is strip #2 of the bear series which was inspired by meeting him at the Chino airshow. For those of you who want to know the real origins of the name “Tumbling Bear”, it goes something like this: Years ago, Rob used to work for the U.S. Forest Service. When his son told his elementary school mates that his father worked for Smokey the Bear, they wouldn’t believe him, so the next day, Rob went to school dressed in his U.S. Forest uniform like Smokey the Bear. When years later he started to fly aerobatics, the name Tumbling Bear was born.

Something tells me that we may have not seen the last of him. Stay tuned!

2 comments on “Bear with me”