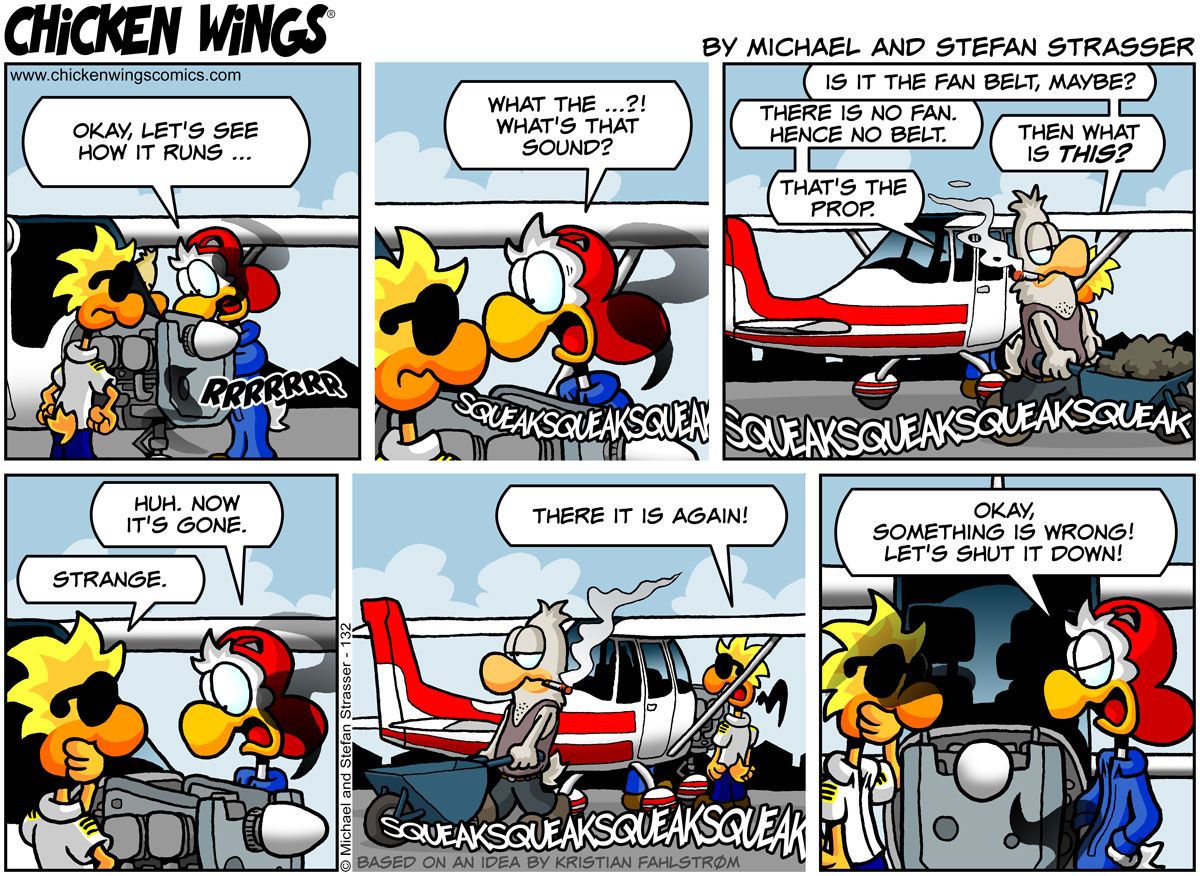 Today’s strip was based on an idea from Kristian from Norway, who apparently had something similar happen to him. Although I can’t remember if in his case it also was a wheelbarrow or something else that made the noise.

But I guess we all have some delusive noises sometimes in our lives. Mike says there’s a certain radio commercial that has a sound effect in in it that sounds like one of the warning bells in his helicopter, and that almost gives him a heart attack when he’s hearing it while driving his car. In my case, there’s this tiny little noise, something like a squeak, that sometimes comes from our neighbors house. In the first fraction of a second it sounds like one of the kids starting to cry. At night, when I’m just about to fall asleep and I hear that noise, it gives me an adrenaline rush that keeps me awake for another five minutes.

Does anyone of you have funnier or more interesting examples than that?

12 comments on “Whats that noise?”