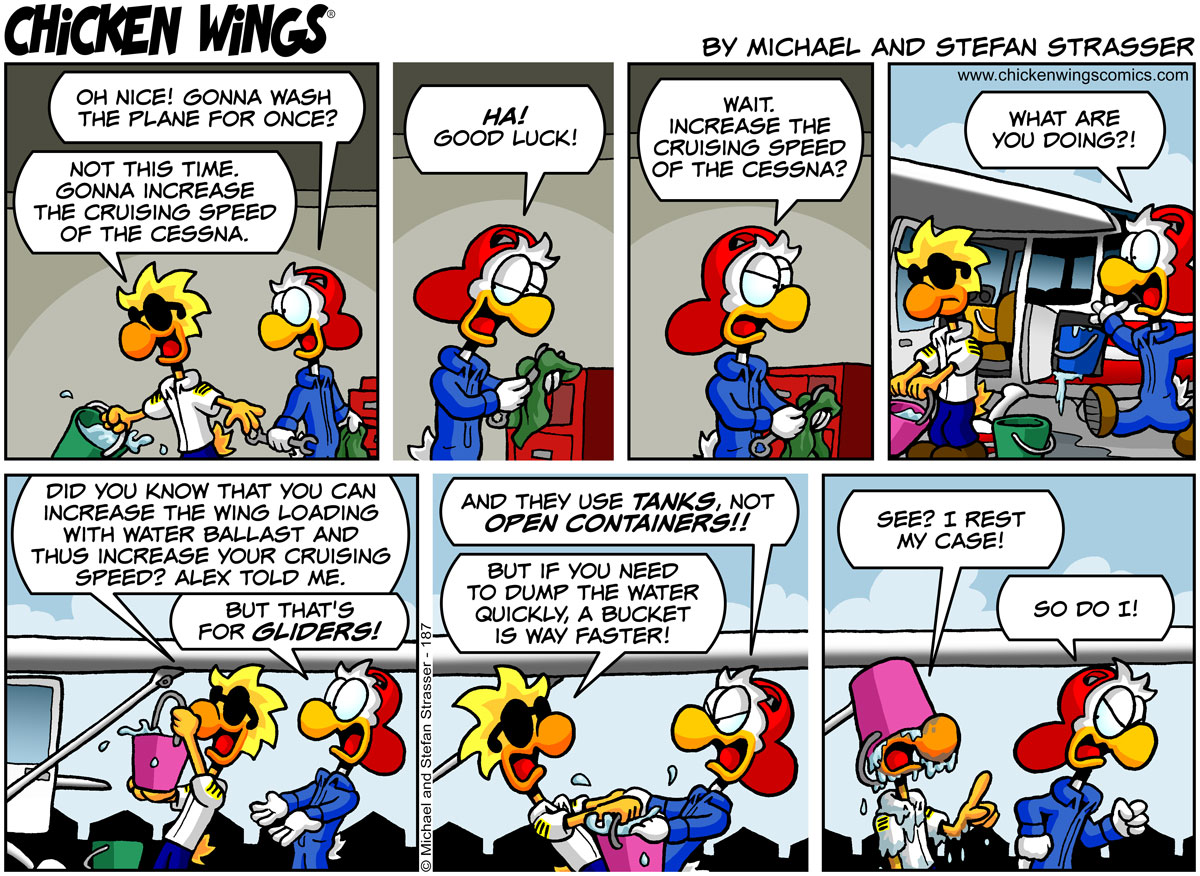 This comic simply came out of a conversation about how gliders use water ballast to increase the speed of best glide. I had never heard of such a thing before even though I have a glider rating. In my defense, the gliders I flew were not exactly competition material and when you build time, there was no need to arrive at the destination any sooner. Also, it wasn’t on any test I took.

So, we figured that, if we hadn’t heard about this before, Chuck wouldn’t have either.
The concept didn’t make sense to me right away, but after some digging (google is your friend) I found pretty good explanations for it. It appears Chuck found a less gooder explanation… or, and this is more likely, never looked it up in the first place and immediately envisioned what he can do to make the plane faster.
What I found interesting as well was, that the water ballast can also be used to move the CG aft which might give the glider more distance. Aft CG uses less downforce on the stabilizer and elevator which makes the aircraft more efficient. (If the CG is at the front limit, you will need to pull the control stick back in order to fly level, therefore you have more drag) This is a concept on faster planes and jets as well which I was familiar with. More efficiency on a glider means further distance. Makes sense.
The things you learn when you draw comics about chickens flying airplanes…
And now you know as well, LOL.