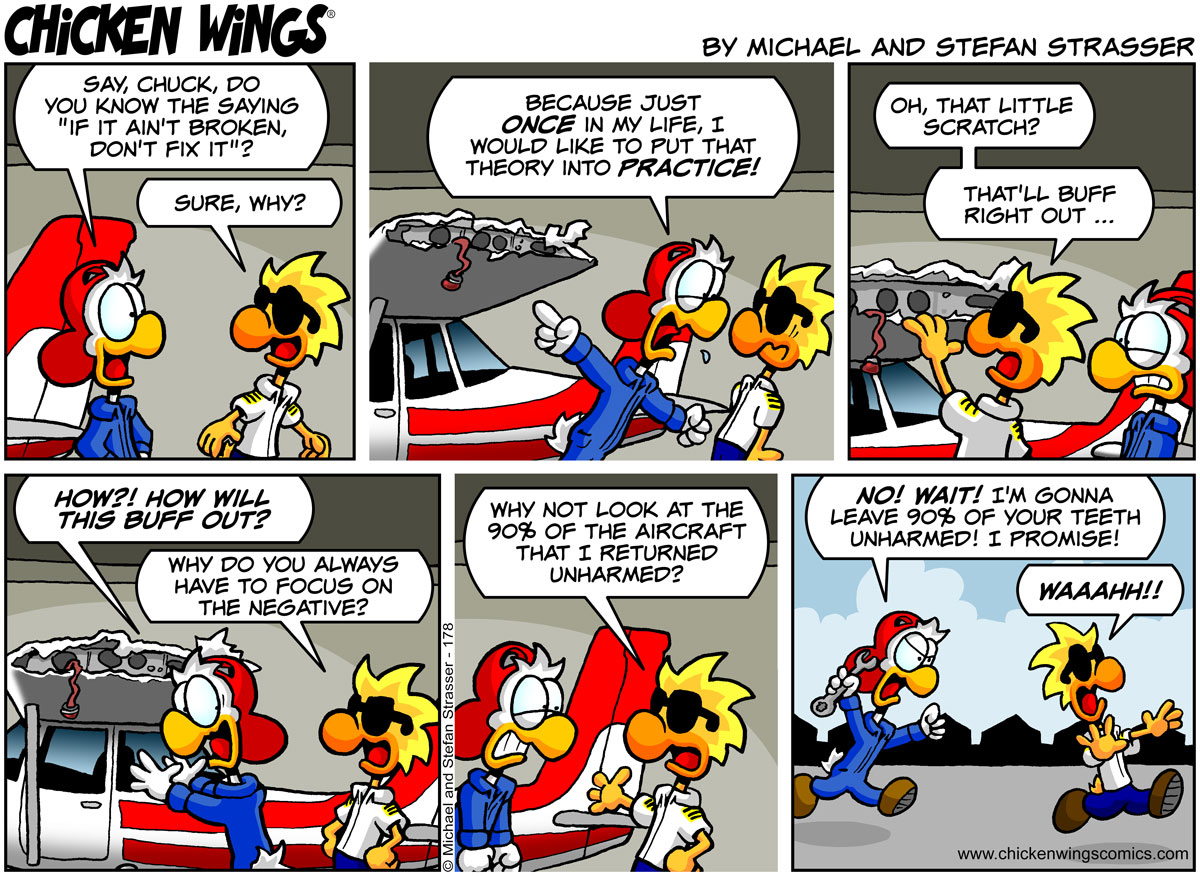 In German there’s a human-related equivalent to “that’ll buff out”. When somebody hurts himself in a not too significant way, we say “that’ll be healed by the time you’re getting married.” At least that’s a very common phrase in my family … considering that we use a few uncommon and made-up phrases, it might not be universal though, haha. Or maybe it is truly universal and also common in other languages? You guys let me know!

Just recently, I pulled a Chuck, or shall we say, I “chucked up”, and broke off the side rear view mirror of our car. Not only that, but I also put a sizable dent and scratch in the car door. It was not as bad as the wing tip depicted in this comic strip here, fortunately. And at least the counter party was a steel beam, not another car. But, unlike Chuck, I didn’t continue driving afterwards!

6 comments on “That’ll buff right out”