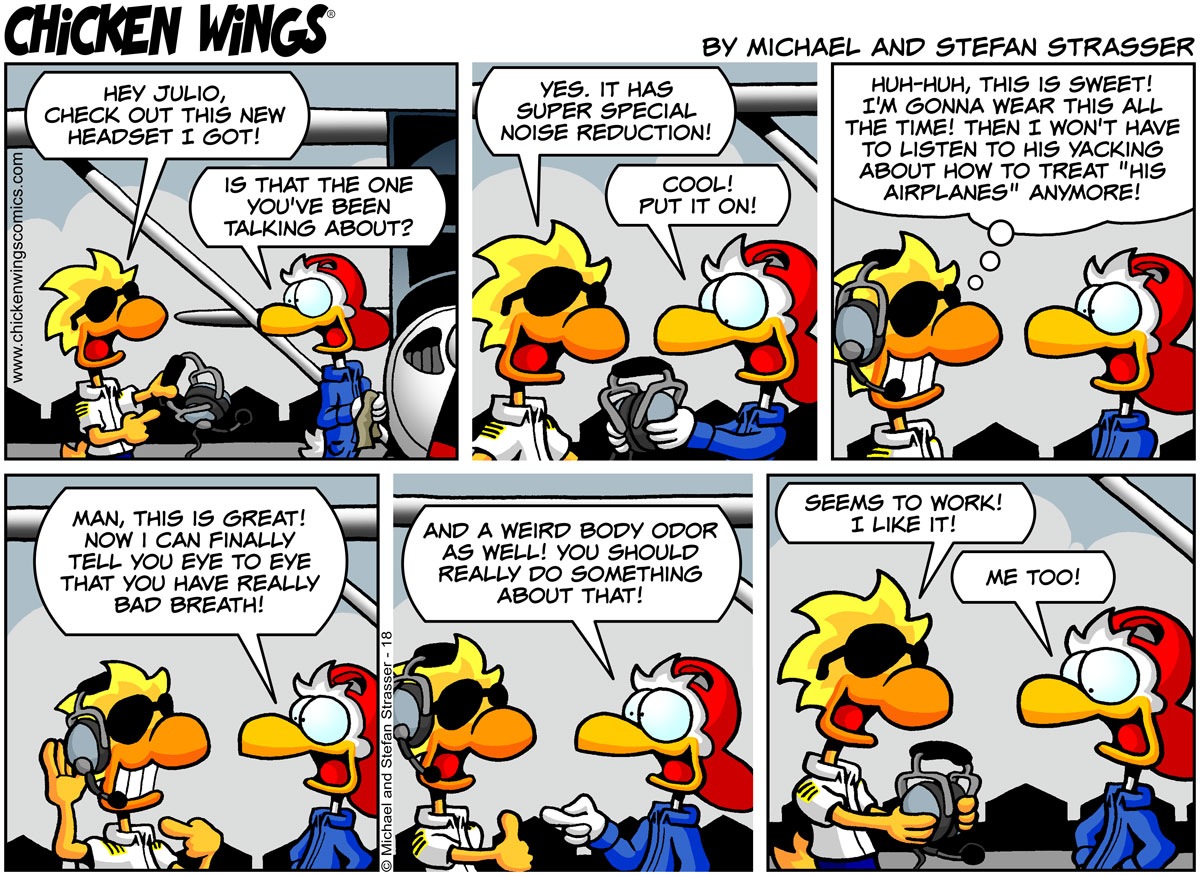 This is one of those strips where I would tell a story and Stefan would have an idea the next day which doesn’t even resemble the original story at all anymore. It probably was because it wasn’t all that funny of a story but it got the mind wandering.
In the earlier days of noise cancelling I had my flight helmet refitted with the latest technology because I started catching on to how important it is in the helicopter business to take care of your ears. It worked alright in the 3 bladed AStar but then I went on contract in Arkansas with a 2 bladed Long Ranger I had a hell of a time. After only 20min of battery time the thing couldn’t compensate for the signature blade slap of a Bell helicopter and was completely out of step. It felt like somebody was standing behind me slapping me on both ears with both hands! I had to turn it off. Eventually I went back to what was in my helmet before. Back then noise cancelling must have just been designed for fixed wing engines…..
It is also one of those strips which I am not 100% happy with. I keep thinking we can think of something funnier for Julio to say other than commenting on Chucks body functions.
Maybe you guys can think of something for us!