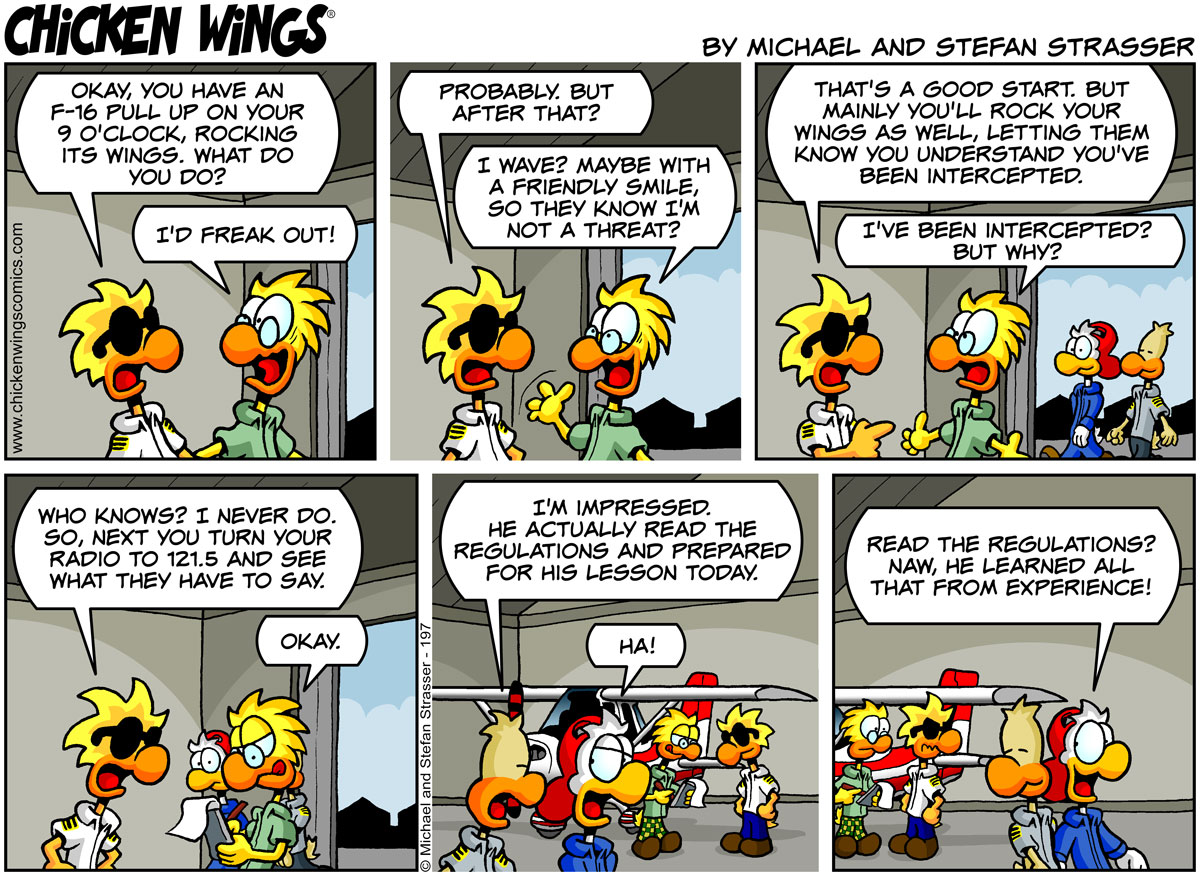 Even though our comic strips go through so many steps, we still manage to insert the occasional typo, spelling or other mistake. As the one doing the lettering, I admit to being the main culprit, but my brother proof reads all the strips, so he’s not off the hook. And oftentimes they even slip past the watchful eyes of magazine editors. One thing is for sure though: When I upload a strip with an error to our website, they get discovered in record time, haha! I guess many eyes make light work (in analogy to that old proverb).

Anyway, after that grammatical excursion: Has anyone of you ever been intercepted? I imagine it being quite a bit more stressful than being pulled over by the police. But then I guess it all depends on the context …