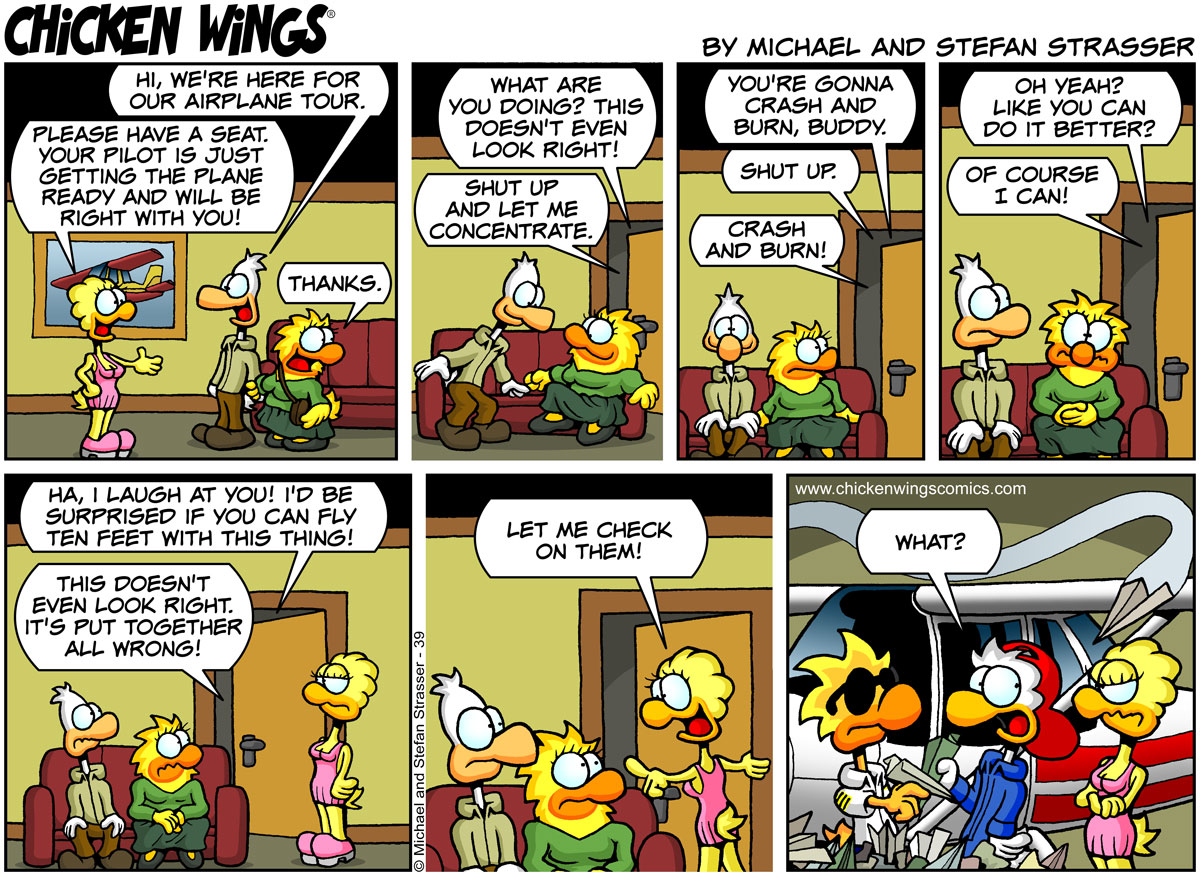 Home › Comic › Voices from the hangar

Voices from the hangar

So, my mechanic and I were at the bar of a little local restaurant done flying for the evening. Over a beer we started discussing the days events which quickly led to stories from the past and before we knew it we were right in the middle of telling the usual “no shit – there I was – inverted – and with the longline on” stories. My mechanic is a good story teller as well and served in the Marines as a crew chief for a couple of years so you might be able to imagine the kind of stories he would tell.

There were 2 ladies sitting at the bar as well (not sure, why we barely noticed them, the beer must have been really good, or they were not our type). After a while they were ready to leave and came over on their way out the door. One of them interrupted us and said “I am sorry but we were eavesdropping on your conversation. I hope you don’t mind”, and of course we didn’t. “I just want to tell you guys: You two scared the crap out of me and I don’t think I’ll ever fly again in my life!”
Our faces must have looked just like Chuck and Julio on the last panel of this strip.

“What did we say?” we were asking ourselves after they left. But a quick recap revealed a few stories that might have sounded rather scary, or at least unusual, for the non-aviator. We were laughing about ourselves commenting on the fact, that we probably would have felt the same way had we heard two doctors talk shop over a beer. It was definitely one of those “depends on what you are used to” situations and some of those stories are just “normal” and “entertaining” to us.
I hope those ladies realized that flying strapped in safely in the back seat of an airliner is still a little safer than flying helicopters into a war or a fire. 😉