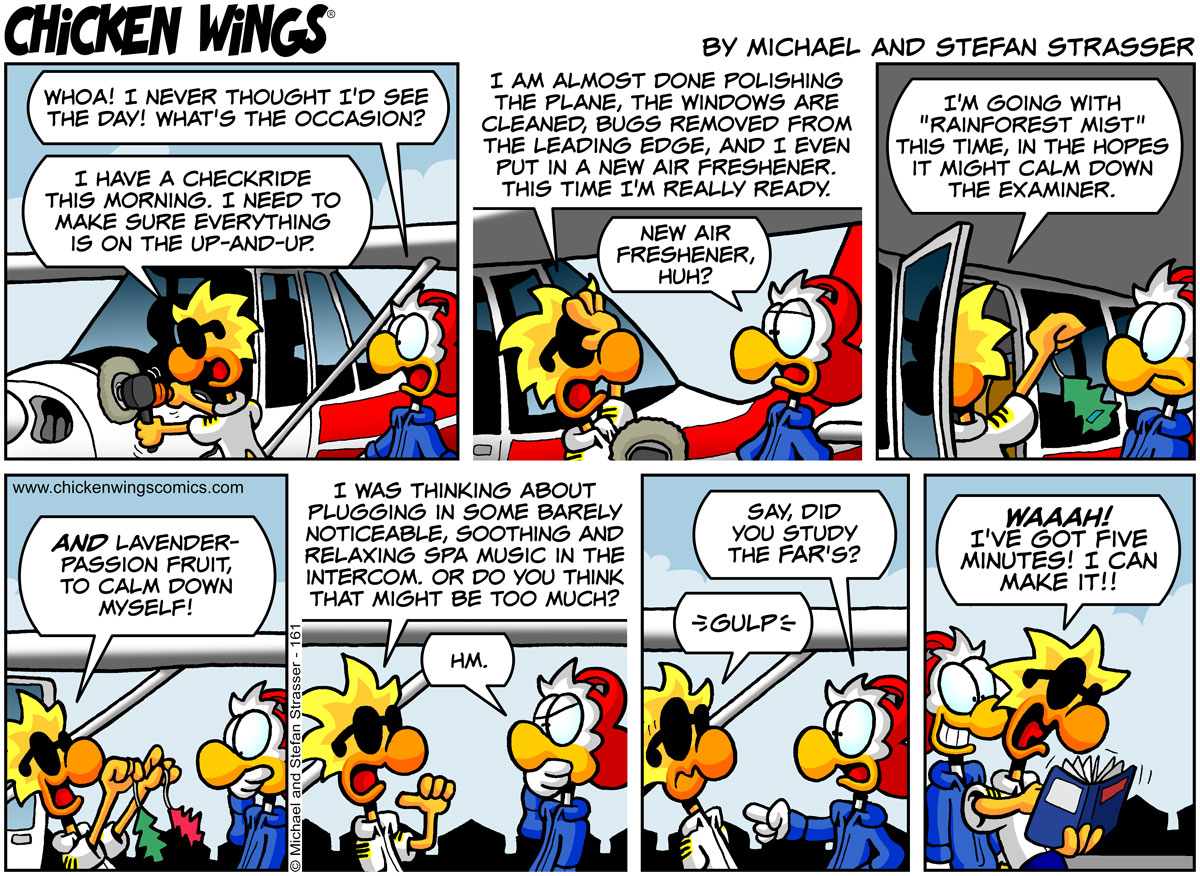 Home › Comic › Preparing for the checkride

Preparing for the checkride

If somebody had told me back in school that being a pilot meant you constantly have to study and take tests, I might have chosen a different profession. I was ready to leave school behind and tackle working for a living. Little did I know, the schooling never stopped and so did the testing. The real world of aviation even stepped it up a notch. On many occasions, taking these checkrides meant getting, or keeping a job. Looking back at it, being in High School wasn’t so bad after all.

Think about it, being a charter guy, Chuck has to take a minimum of four FAA Part 135 checkrides a year. Roost-Air owns three different makes and models of fixed wing aircraft and one helicopter. That’s no small feat. You would think Chuck would be a little better at it by now, huh?!
I used to work for a Part 135 operator for whom I flew enough different makes and models to necessitate four different checkrides per year, and one year it was five even. That is not counting the government checkrides I needed on occasion for firefighting and offshore flying. I practically had one every month. I think I could have passed the bar exam I went over so many regulations every week. Now that I am down to only one aircraft model, I feel less current on the regulation books. And I feel more nervous again doing these checkrides because it is less of a routine now. But the bright side is I feel way more current in the aircraft since I don’t switch around anymore. There is always a trade-off.
And between us, we don’t want Chuck to be too comfortable or current in any aircraft since we might not have as much material that way…

4 comments on “Preparing for the checkride”