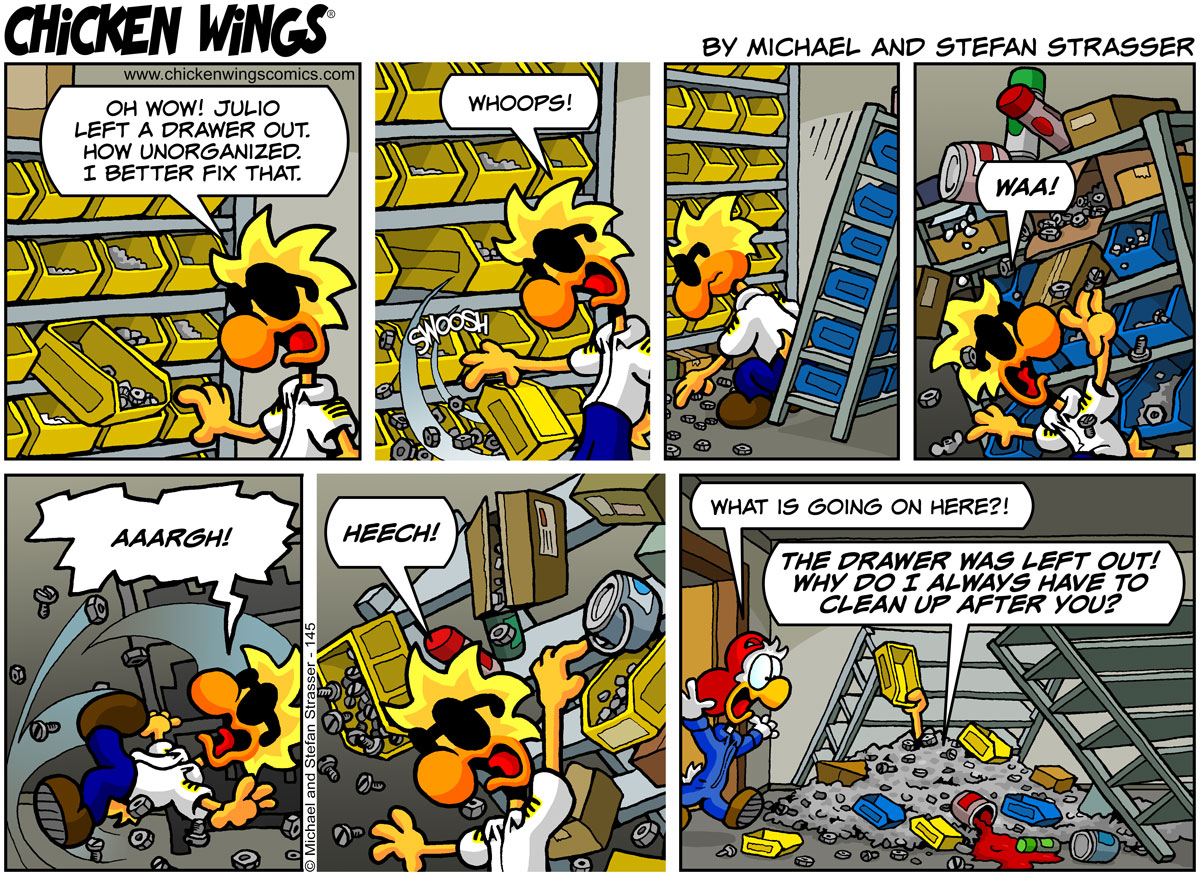 Just recently, I made great strides in organizing my basement. Not that I’m anywhere near being finished, but I reduced the level of chaos from 70% to maybe around 40%, thus proving to my wife the age old adage that if a man promises to do something, he will do it, and there’s no need to remind him every six months.

Anyway, while doing this, I had a couple of “Chuck moments”, although admittedly not nearly as bad as in today’s strip. In my case it was just a couple of little drawers with screws that were closely based on a table that I manage to knock down in passing while carrying some boards from A to B.

By the way, once you hit a critical mass of stuff, moving that stuff around really becomes the major part of getting anything done. And as soon as there’s any space opening up, it will immediately be used as an “interim” storage place for other stuff. I’m not a hoarder, but I can totally see how, at some point, you may just want to give up on moving anything at all.

4 comments on “How unorganized”