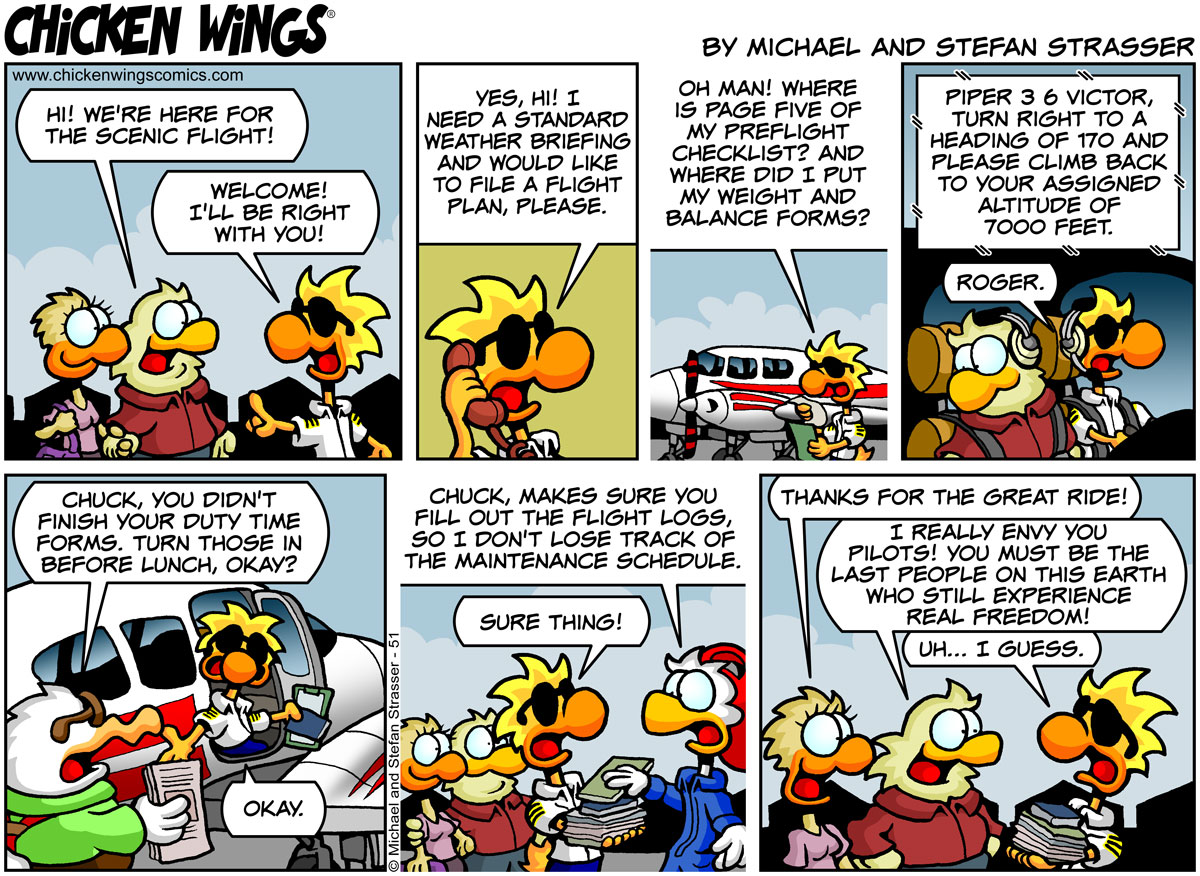 A day in the life…

Well, as I’ve witnessed when watchin Mike in his job, it takes a lot of putting up with rules and regulations to experience that freedom up there!

Of course, in an increasingly complex world, rules, laws and regulations are inevitable. Especially in aviation mistakes may have serious consequences, and most rules have a really good reason to be in place. But so often I think, if there only was a law for courtesy and common sense, we could probably drop 95% of the legal code. So, as much as I like to complain about the going overboard of bureaucracy, I have to say this here too: Damn you, stupid people out there! You’re both the reason and the excuse for people wanting to rule my everyday life down to the smallest detail!

It’s like bureaucrats and the stupid people are a tag team. One person makes a mistake that would have been avoidable by either sticking to already existing rules or using common sense. Somebody gets hurt. That incident is then used for the rules to be tightened. Soon somebody stupid enough causes another accident, despite the rules and safety procedures. The rules are changed again, every loophole closed and every eventuality taken care of. –> Repeat until infinity. Every rise in the level of safety soon results in a rise in the level of stupidity, cancelling out at least part of the increased safety. Hm, maybe I’ve found a new law of nature here! 🙂