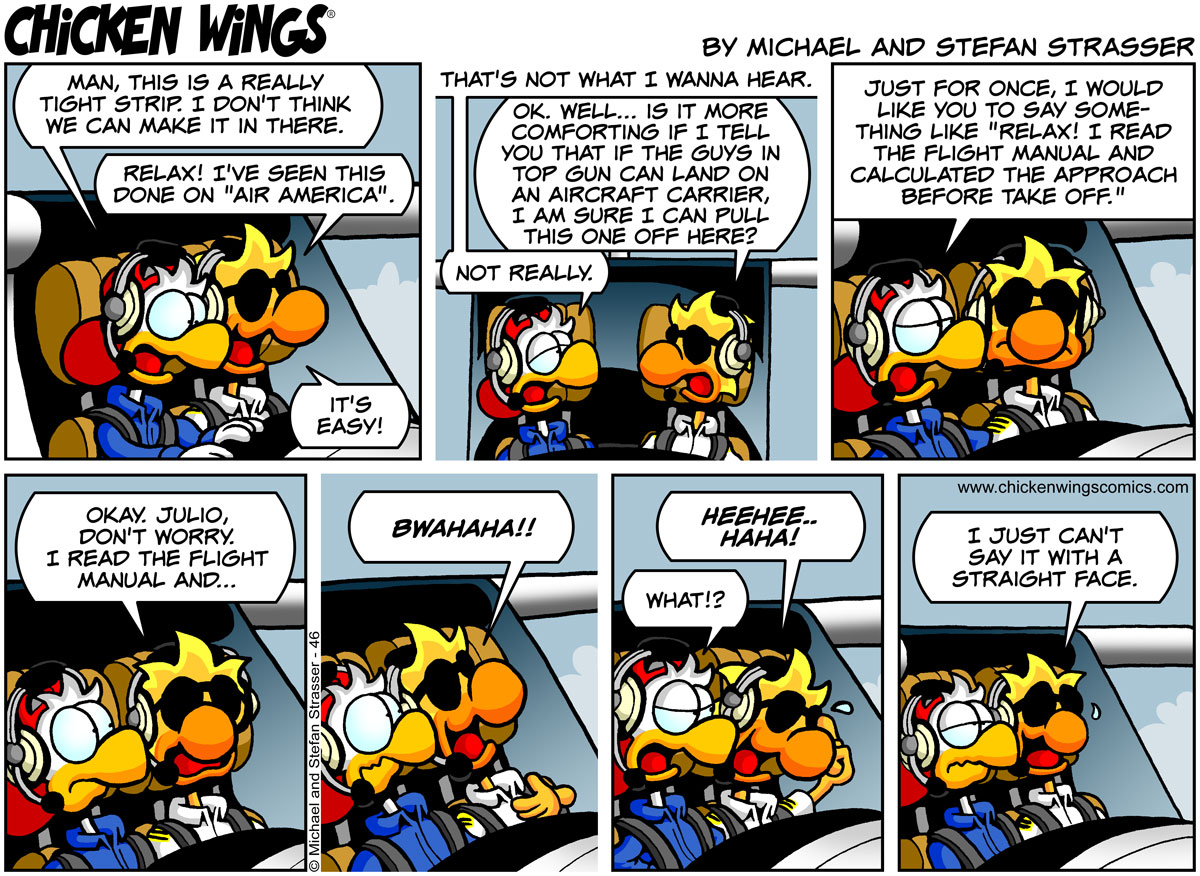 Last Sunday, I just came back from a short trip to Tokyo. The friendly folks from Austrian Airlines took me with them as part of a payment for a cartoon I did for them. It was great! I was allowed to sit in the cockpit (of a Boeing 777) for the whole trip, and I think I behaved a little bit like Jason, because I was firing away one question after the other. I guess I just need two more flights like that and I’d get the rating for a 777! 😉

I want to say thank you again to the whole crew, the pilots, the lovely flight attendants and the chef for taking such good care of me! I really had a blast!!

The landing in Tokyo was very exciting, because there just was heavy rain and strong wind shears going on. The airplane before us and after us had to go around, but somehow our crew managed to put the plane down amazingly softly, considering the circumstances.

Well, I’m sure, unlike Chuck, they have calculated their approach, and are also maybe a bit more proficient…