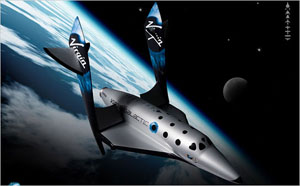 So it looks like as if getting rejected by NASA has not slowed Chuck down at all. He’s once again picked himself up and is motoring on with trying to make his dreams a reality. To go where no chicken has gone before…

Will he go to space this time? Is he gonna be able to save enough money for a trip on Virgin Galactic’s “Spaceship 2”? Will Sir Richard Branson have something to say about Chuck going to space?

For all of you, who are not familiar with Virgin Galactic or Richard Branson, check out their website. The whole thing looks like a pretty crazy project. We’d love to see this thing take off (so to speak) and have Chuck go to space with Justin Bieber, Ashton Kutcher, and Brad Pitt who all already booked tickets for the December 2013 space flight.