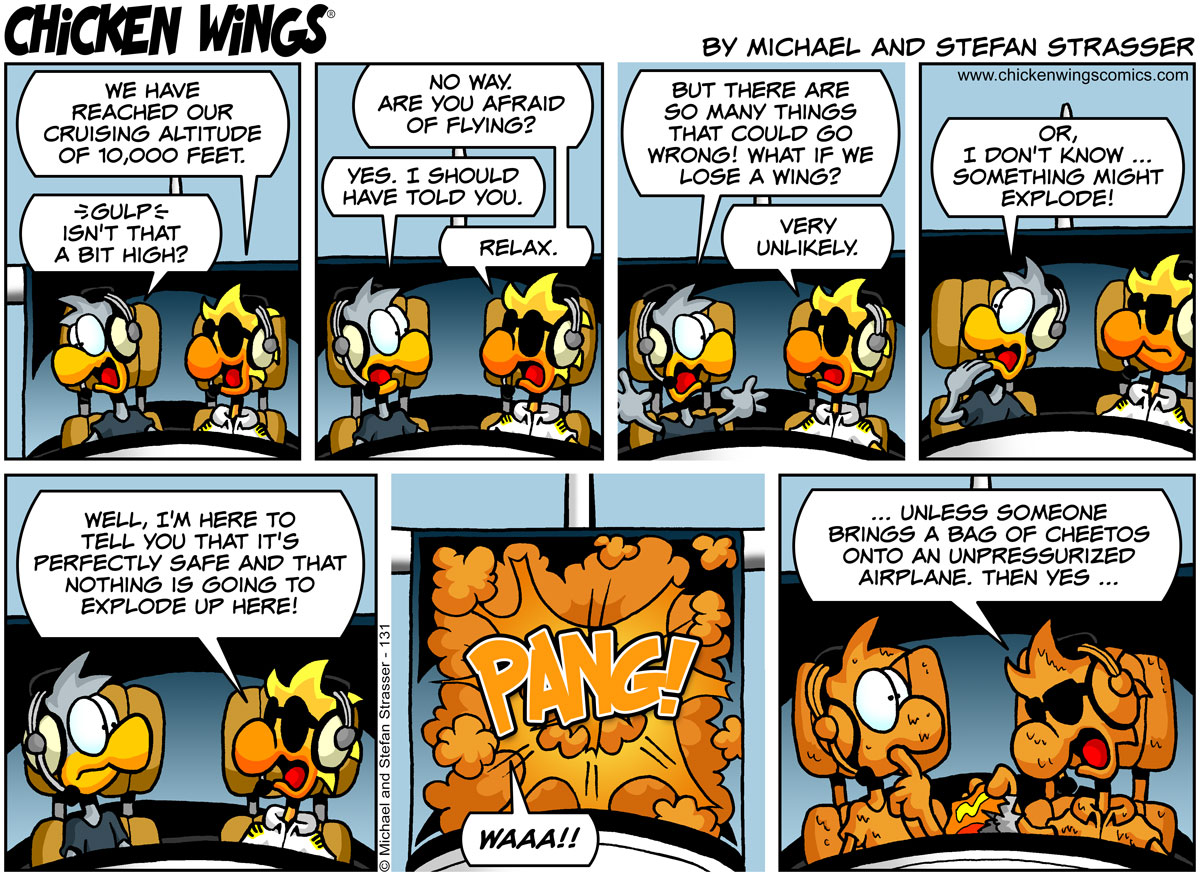 Here we have another story from the “not invented” books. We were ferrying a Skycrane from the Pacific Northwest to Texas. The pilot I was flying with was also a fixed wing guy who believed in going high and let the winds take us along. I am normally not a big fan of going really high up in a helicopter because if something breaks, you have a longer commute back down to the nearest field, but he was the senior captain and we had to cross some pretty high mountains as well, so I agreed to it.

We were roughly at 10,000 ft, when we suddenly heard a loud bang in the helicopter cabin behind and below us. (In a Skycrane the flight crew sits pretty high up in the cockpit and it takes some climbing to get up there). Our hearts stopped for a moment. A loud bang definitely gets your attention but since we were higher up as I liked to be it REALLY got my attention. We were looking all around to see what could have caused the noise and scanned the instruments for any indication of something going sideways. Then the crew chief riding in the back asked “Do you guys smell Cheetos as well?”

We had the exact situation happening to us that Chuck is experiencing in this strip even including a slight Cheetos dust. Turns out one of our “snacks for the road” blew up. Let me tell you, the smell of Cheetos at 10,000 ft is a relief as compared to, let’s say, hydraulic fluid!

I later told the story at the bar and one of our fuel truck drivers, who used to drive for a food company, told me that trucks with chips, yogurt, etc. actually have to drive certain routes to avoid the super high altitude passes over the Rockies so this sort of thing doesn’t happen. I had no idea. This is something you definitely don’t learn in flight school …