If you are not familiar with the term “Herman Nelson” heater, then you are lucky. It’s an industrial heating system widely used in aviation, among other applications, to quickly heat hangars and aircraft. When I was flying the Skycranes, I often found myself becoming intimately familiar with this piece of equipment. The Skycrane is not a big fan of the cold. Once it dips below freezing for long periods of time, she does better if you warm her many gearboxes and electronics up first before you start her up.

And you know who else isn’t a big fan of the cold? It’s me! I am sure there is a reason I prefer flying fires over other helicopter work. Most fires happen when it’s warm. “But you’re from Austria” some of you might say. That might me true, but I have lived in warm climates for 23 years now. It would take a lot of adjusting to go back to dealing with “the seasons” again.

One thing we never tried is to warm up leftover pizza, but some of these heaters put out enough heat that it just might work out fine. They are a fine machine when they work. 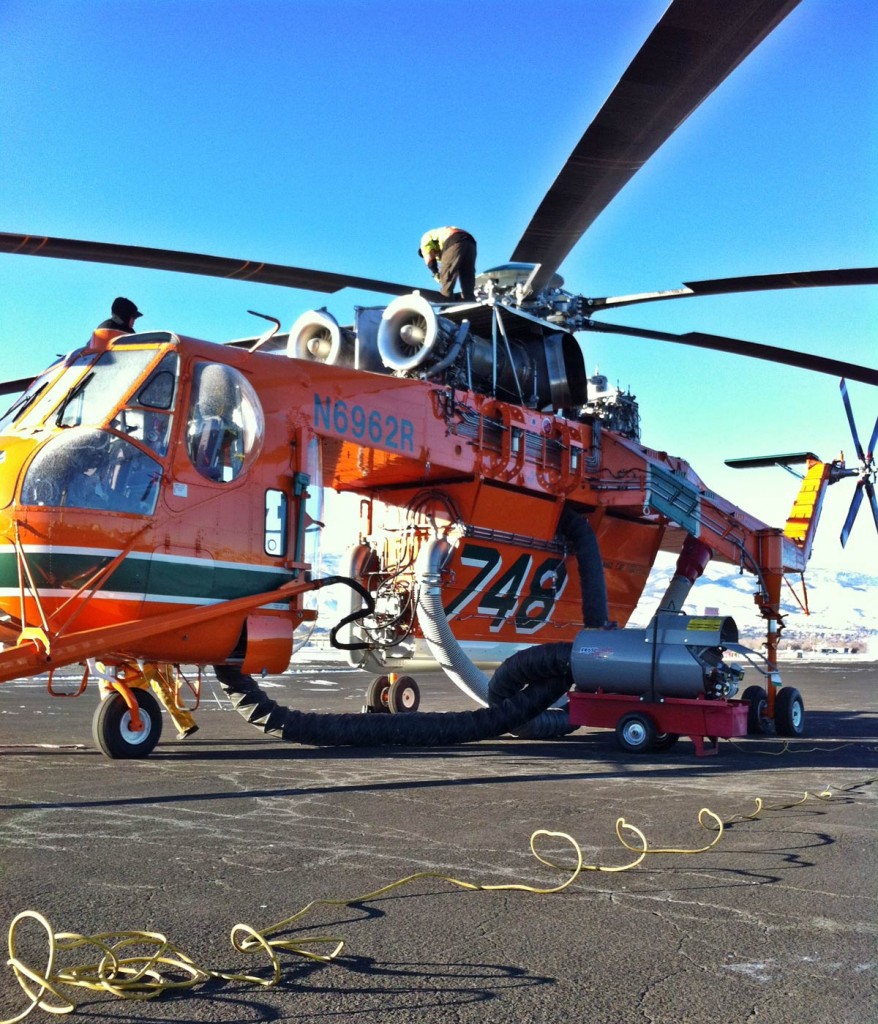 A Herman Nelson heater in action.