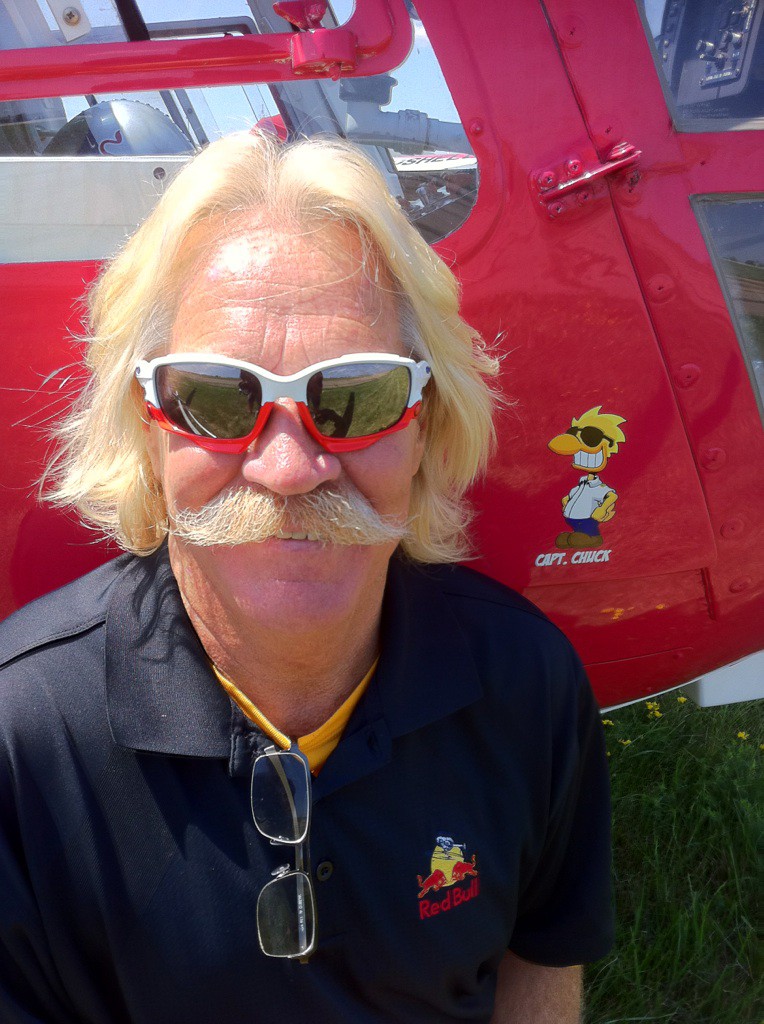 Chuck Aaron and the “Capt. Chuck” sticker on his helicopter

Chuck Aaron has officially retired from flying helicopter aerobatics with Red Bull. We have watched him from day one, before the helicopter was painted like a Red Bull can, and from the time he first put that program together. Chuck and I have been friends for many years and I remember helping him with translating the description of the aerobatic maneuvers from German into English in the very beginning so he can present his idea to the FAA. Helicopters had never been looped before in the States and the Germans were the only ones brave enough to do this with the BO-105 which was actually designed to do aerobatic training for their helicopter pilots. Of course Chuck being Chuck took what was a fairly simple training program and took it to a whole new level adding a lot of his own touch and maneuvers. It was a great show I always enjoyed watching and I am sad to see it end.

However the Chuck I know won’t just retire quietly and fade away. I am sure you’ll see him doing something else crazy or funny or impressive here pretty soon. Am I the only one who sees a few character traits that are similar to our own Chuck? Also, did you guys know his helicopters all had a little “Captain Chuck” decal on the pilot door? 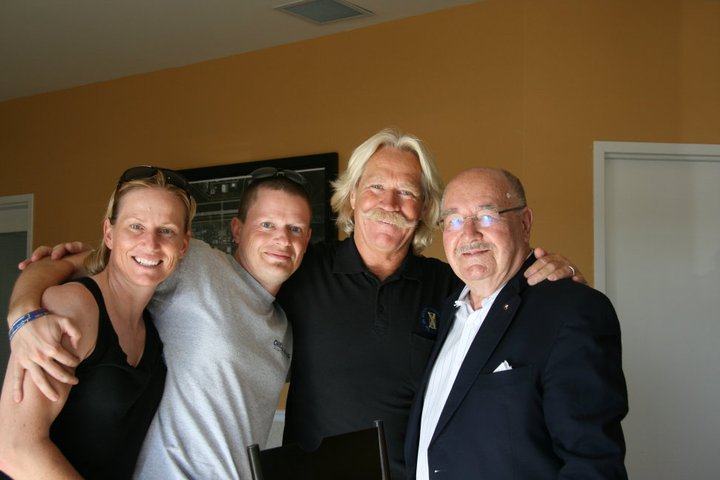 3 comments on “Chuck has retired”