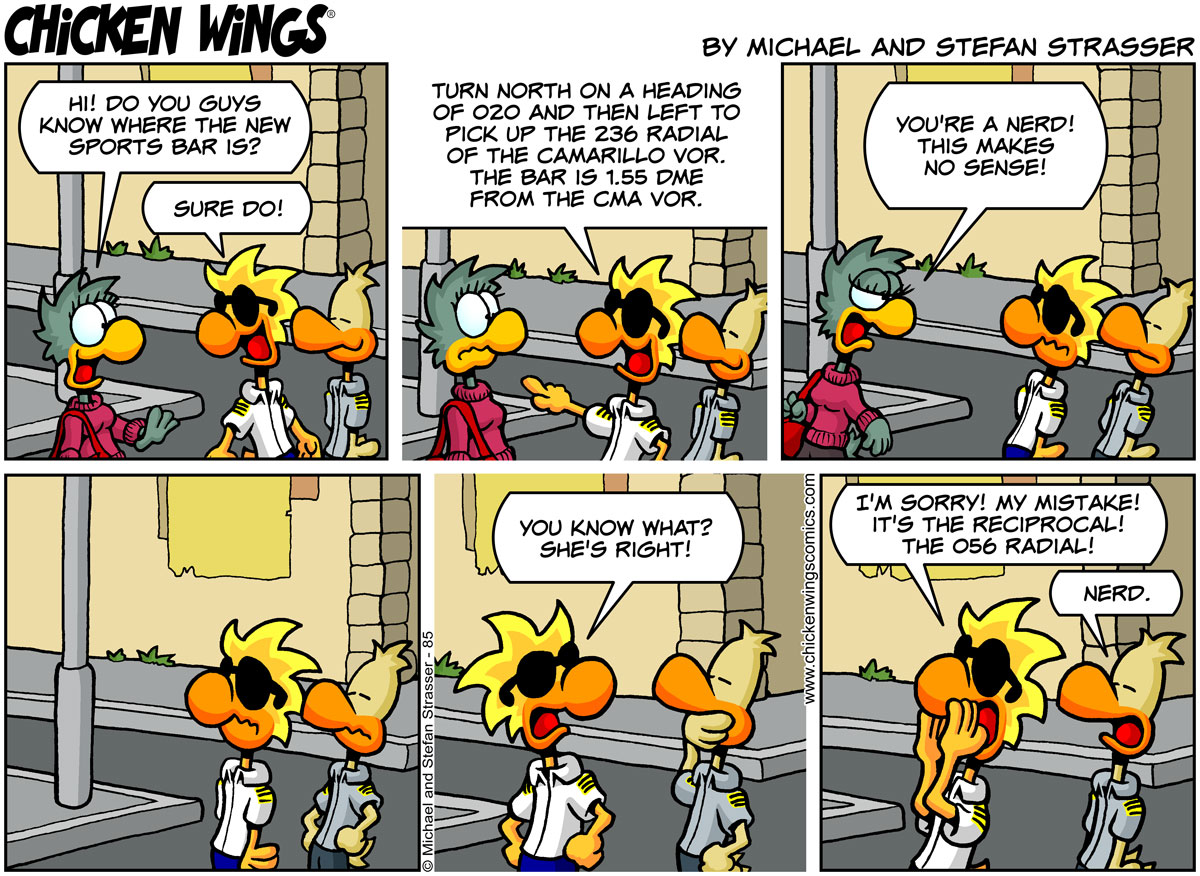 It is funny that most of my aviation friends, especially the guys, orient themselves with cardinal headings while most girls I know go more by landmarks. For me personally, it is really tough getting around on the ground in an inner city, especially at night and/or when I mix in a subway ride or two, because I lose my orientation quite easily. The moving map GPS for the car was probably one of the most important inventions for pilots in our century. 😉

I also had a friend who I used to fly with who loved to use aviation speak in his sentences wherever and whenever he could. He was also a movie pilot so it was actually a combination of the two. It drove me nuts at the time especially when he was trying to explain things to non-aviators, but now that he is gone I actually miss it sometimes.

So I guess this would be another strip inspired by real life. 😉