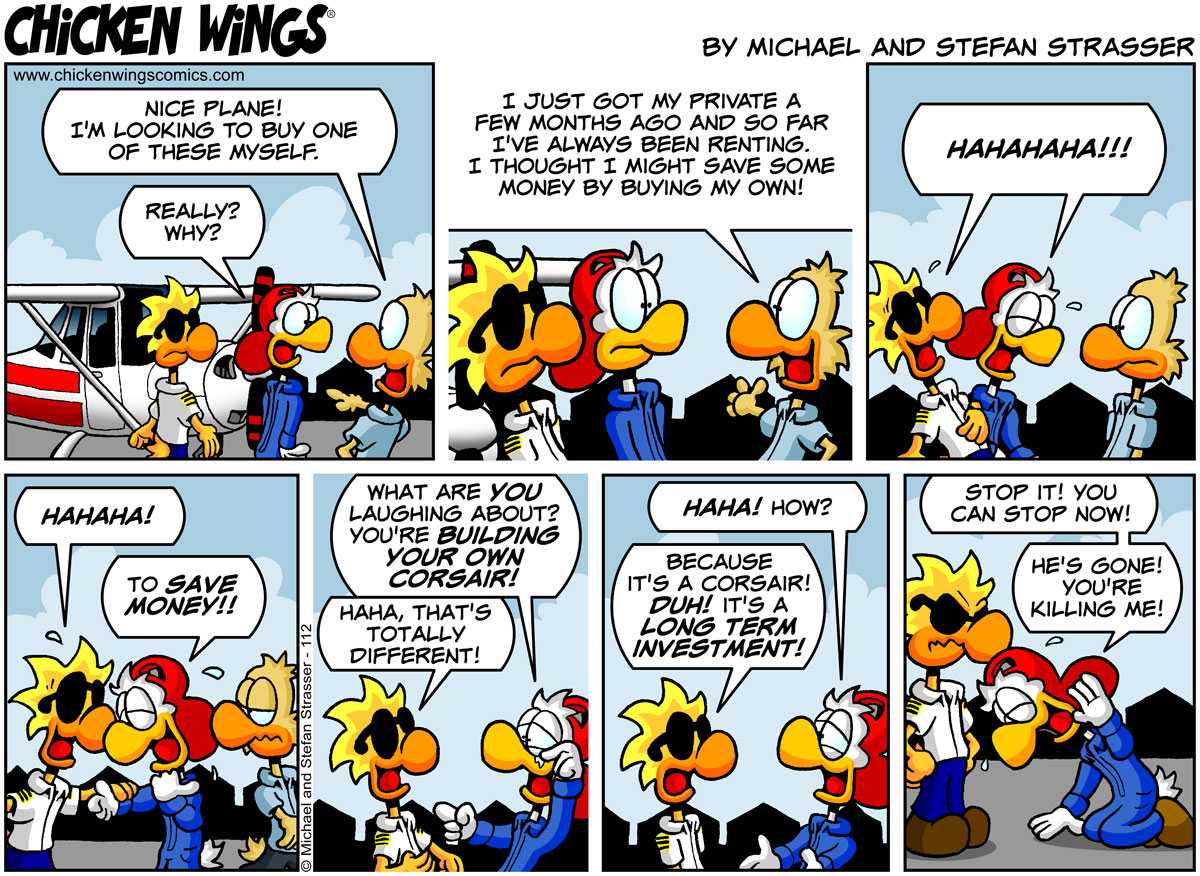 As a former airplane owner AND former boat owner I can more than relate to this strip 😉
It’s probably going to be a while before I will own either again. Boats are best rented for sure. We had a lot of fun with the plane but the guys I owned it with moved away and I wasn’t using it enough to justify the investment. I do know a lot of people though who own a plane and use it on regular basis for work and for transportation. Depending on where I end up and if it makes sense as transportation, I can totally see myself owning another plane. Not sure about another boat though, LOL.

We really love this strip because it’s so “typical Chuck” and how the guy just walks away after being ridiculed. Chuck sees a Cessna as a bad idea and an old WW2 warplane as investment. On the other hand, if you look at what a flying Mustang or Corsair currently goes for, he might even be right. Not sure how much you need to put into it though to get these things sold for millions. Also, note I said “flying” … and “might” be right … 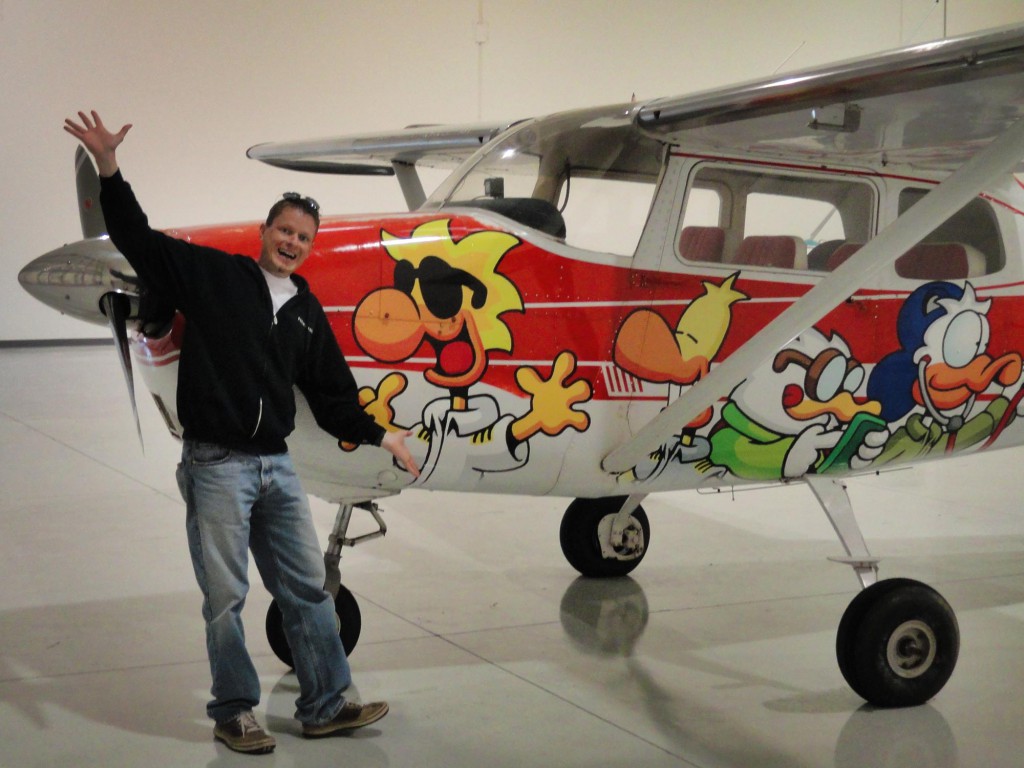 Mike and the “Chickenhawk”

10 comments on “Buying an airplane”