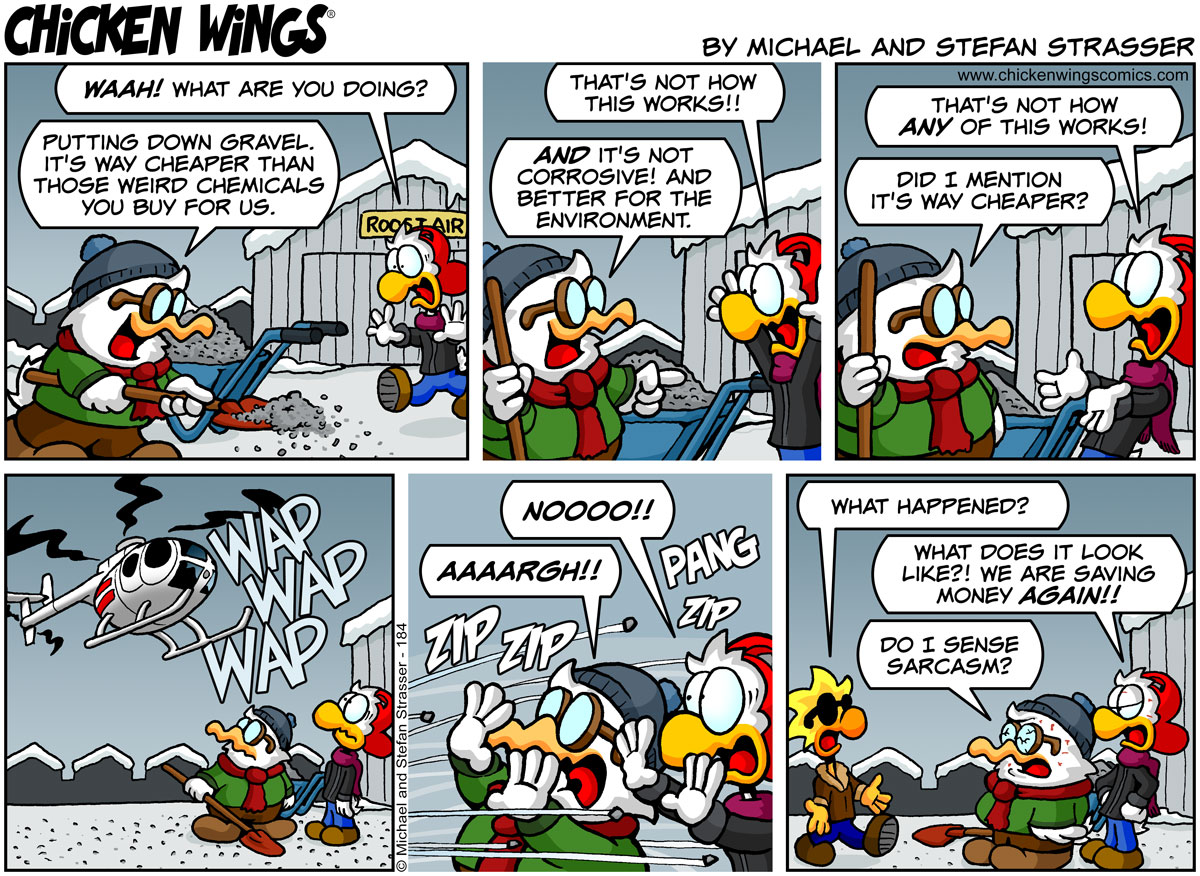 Remember when MythBusters did the segment to see if an airplane still would take off, even if it’s on a belt that is running the opposite direction at the airplane’s takeoff speed? As a pilot with an engineering degree, I felt it was kinda silly because, you know, “everybody” knows airplane wheels aren’t driven. I was way off with that assumption. It actually amazed me how big of a discussion ensued online about the episode, with people even arguing after the show had already aired!

Turns out Hans is one of the guys thinking the airplane “drives” on the ground by wheel power. Nor does he understand how a helicopter lifts into the air. Helicopters and gravel don’t mix in general. And I think this comic is also a lesson that very seldom, especially in aviation, it works out in the long run when one goes too cheap. I have plenty of stories on the subject. You know what they say about ye ole cliché “You get what you pay for”? It rings true in this business.

And you know what they say about clichés in general, right?! Better avoid them. They’re an old hat.

Anywhooooo … HAPPY NEW YEAR, fellow chickens in the coop! We hope y’all made it through the holidays unscathed and wish you all the best for the coming year. We have many plans and projects in the works. Let’s see how many of these we will get to.

6 comments on “A gravel mistake”